Foal fifty-three arrived on June 5, along with two others.  The 53rd baby is a filly out of Shy Anne (also known as Half 'n' Half) and was sired by (probably) Ajax, but possibly by Neptune.  (Neptune hasn't had any documented foals in about 3 years - he covers and breeds the mares, but no babies appear, so we believe that he's become sterile.) 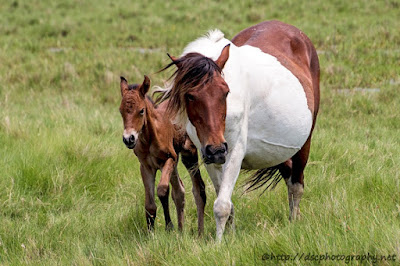 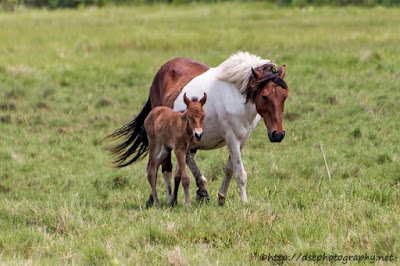 Foal 52 is out of Black Pearl and sired by Maverick - a solid black filly... 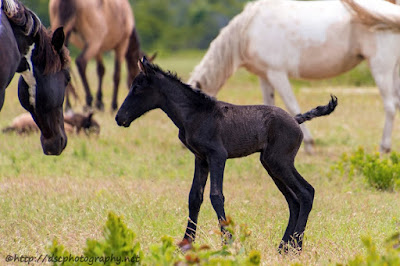 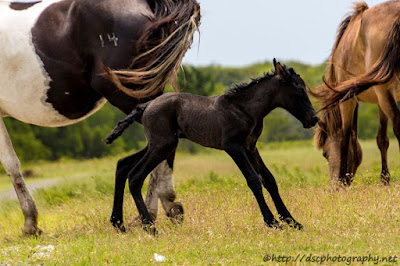 And some photos of the older foals...

Foal 4 - a filly is the first Misty of Chincoteague descendant born
in the wild on Assateague; out of Moon, by Don Leonard Stud II 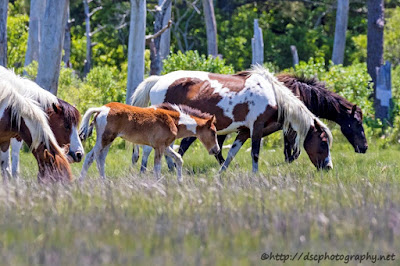 Foal 7 - a buckskin colt; out of Miracle's Natural Beauty,
sired by Tornado's Legacy 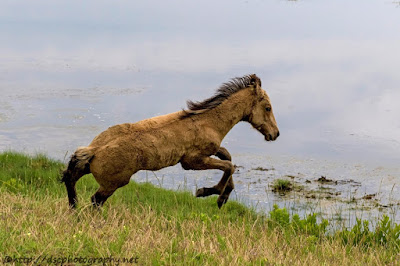 Foal 37 - a colt; out of Friendly Girl (aka Witch Kraft).
sired by Chief Golden Eagle 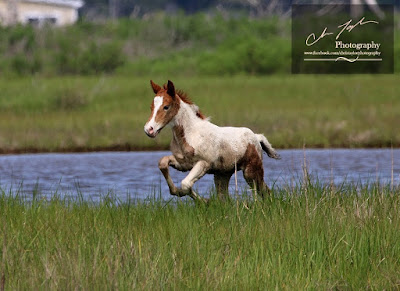 Foal 39 - a filly born at the Carnival Grounds; out of Judy's Little Smooch,
sired by Tornado's Legacy 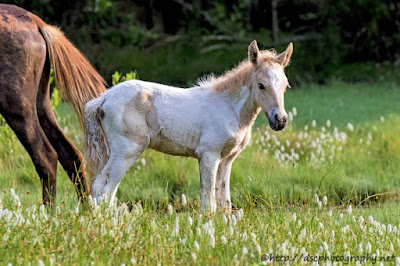 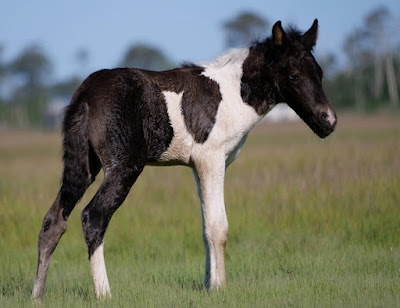 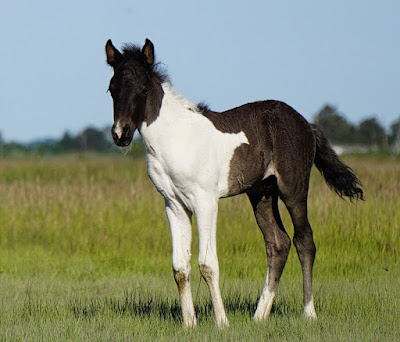 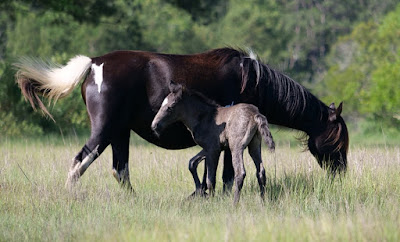