I was 10 and 11 years old in 1967 - and I carried a little red and white transistor radio with an ear plug around with me constantly when I was at home.  I listened to WGGG, the home of rock, and WUWU - and I knew the lyrics to all of the top songs.  I totally loved the Beatles, and a lot of the British groups, but I also had several favorite US groups.  One of them was Kenny Rogers and the First Edition - yes, the now famous country singer, Kenny Rogers - listening to an oldies station yesterday, I heard "Just Dropped In To See What Condition My Condition Was In," and, decided, for a lark, to look for a video of that song.  I found it.  I played it.  And during a close-up of Kenny Rogers my jaw dropped.  If my nephew let his hair grow longer, and allowed his beard to grow, he'd be a dead ringer for Kenny back in 1967....  Here are three photos of Kenny Rogers back in the late 1960s: 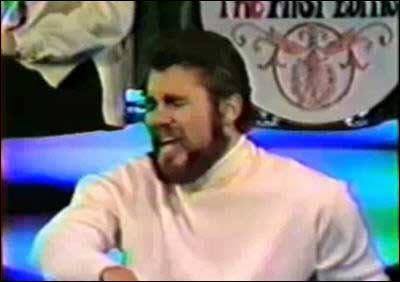 This is the jaw-dropper from "The Smothers Brothers Comedy Hour" 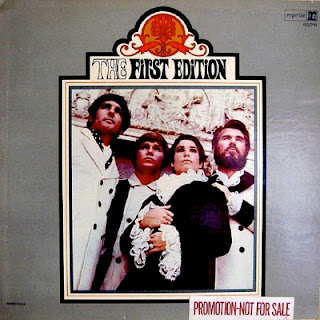 Kenny is on the far right in this album cover Up close and personal in a publicity still from Reprise Records